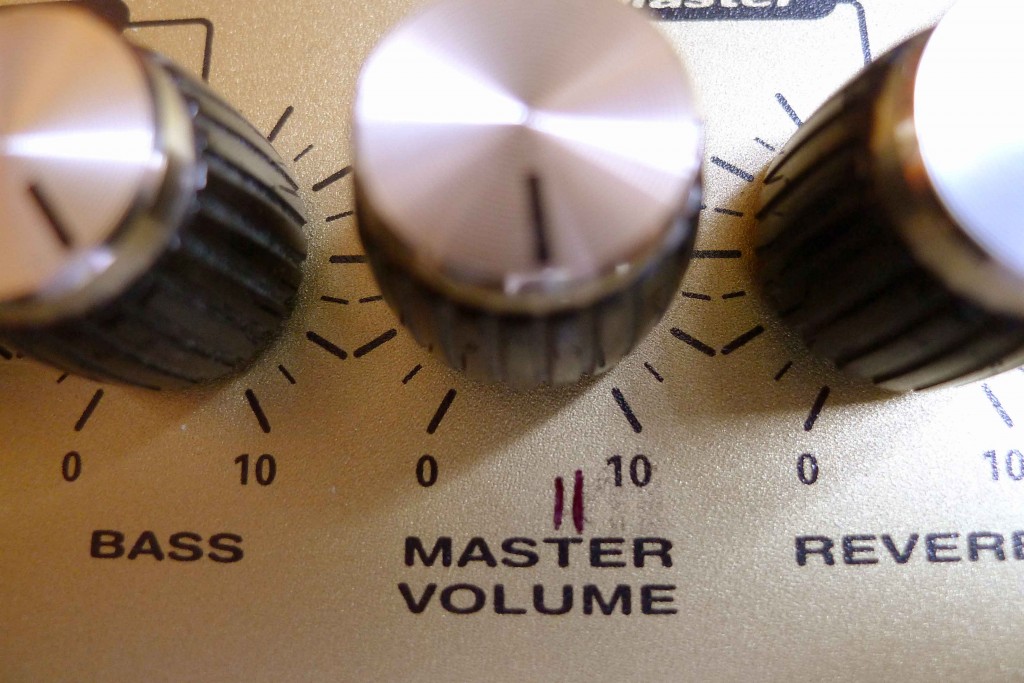 It’s odd how I’ve been unable to be very consistent in my subject-matter for this blog. I tend to hop around, going from very technical subject to very organisational ones. Some might see this as lacking focus. Maybe that’s true. I’ve never been able to separate execution from organisation and vision very well. To me they seem intrinsically linked. It’s comforting to me that even such luminaries as Kent Beck also seem to see things in this light.

If I look at my bifurcated (tri-? n-?) interests, I see a striking resemblance in the states of technological, managerial and commercial maturity in the world. In all of these areas, the state of affairs is abysmal. In all three areas, we seem to have recognised that this is the case. In all three, though, most people performing those roles are so used to the current state that only rarely do they see that a different approach could bring improvement. Could turn their work ‘up to 11’. There are some differences, though.

On the technology side, we’ve pretty much identified what works, and what doesn’t. Basically, XP got things right. Others before that also hit the right spot, but we know a mature team sticking to XP practices will not mess things up beyond salvation. If we compare that approach to what one finds in the run-of-the-mill waterfall situation, the differences are so great that there is truly no comparison. There are other questions still at least partially open, but most of those are concerned with scale, organisation, and finding out what should be built. And thus belong in the other categories. The main challenge is one of education. And, granted, a bit of proselytising.

More commercial questions are less clear-cut, at least for me. In my work I’ve very rarely seen commercial, product development and marketing decisions taken with anything resembling a structured approach of any kind of rigour. A business case, if one is available at al is often only superficial, and almost never comes with any defined metrics and decision moments. The Lean Start-up movement is the only place I’ve seen that is trying to improve that. Taking this approach out of the start-up and into all the product development and marketing departments in the world is going to take a while, but it will happen. If only because companies capable of doing that will completely out-perform the ones that don’t.

I don’t think the case here is as clear cut as on the technology side, but we have a start. The principles of the Lean Start-up are based on the same ideas as Agile development: know what you want the result to be (validated learning) and iterate using short feedback loops. What to do, exactly, in those feedback loops is known for some types of learning, in some situations, but we’re still working on expanding our knowledge and skills in this area.

As the solutions for the commercial and technical sides of things are rooted in experimentation and short feedback cycles, one might assume that the same would be true for the management side of things. And it’s true that those techniques have value in management in many situations. Many of the ideas on management are based on feedback cycles, Lean/Deming’s PDCA is one, for instance, but Cynefin’s way of dealing with systems in the complex area is another. But we do seem to have many different ideas about how management should be done, how organisations should be structured and what gives people the best environment to work in.

One place where some of these ideas have gotten together is the Stoos Network. It’s interesting because of the different backgrounds of the people involved: Agile, Beyond Budgeting, Radical Management, Industry Leaders. Their initial gettogether this year resulted in a shared vision, with again an emphasis on learning.

“Organizations can become learning networks of individuals creating value, and the role of leaders should include the stewardship of the living rather than the management of the machine.” — Stoos Communique

This clearly expresses some of the shared values of the Stoos people, but still leaves quite a lot to the imagination. The people and ideas involved are interesting enough that I’ve volunteered to help organise one of the follow-up meetings,  the ‘Stoos Stampede’, which takes place in Amsterdam, 6 and 7 July.

Next to Stoos, as I said before, there are many ideas on how to change management. Lean has had an impact, but though the Toyota Way certainly does talk about people and how to support them in an organisation, this is not the prime focus of most Lean implementations. CALM has started talking about combining Complexity, Agile and Lean ideas, but so far has also not posted any results.  We’re still a bit lost at sea, here.

So what would we need from a new management philosophy?

But apart from what new management would do to the idea of an organisation, there are also questions related more to the question of how to get there from here. Why would current managers want to change their organisations? Why would they want to change so drastically? There are plenty of reasons, but would they be convincing to the current CxO? What would they need to learn to be able to execute on such a vision? Will everyone enjoy working in these kinds of more empowering organisations, or will some people prefer something more hierarchical?

All of these things I want to know. Some of them we’ll discuss during the Stoos Stampede (propose a subject to discuss!), but personally I think we’re still at the very earliest stages of this particular change. In the mean time, we do have a few good examples, and some patterns that seem to work, and I’m going to try and get a few more organisations turned up to 11.