I recently wrote here about the benefits of failure. One of my recent failures reminded me about the importance of success. I thought that to be nicely circular enough to warrant a new post!

You see, while it’s important to embrace failure - how else are you going to learn? - it is just as important that you don’t set yourself up for failure too often.

One very popular way that agile teams do set themselves up for failure is by taking in too much work in a sprint. True, this wouldn’t be too bad if failure was better accepted: we’d just recognise we were not going to make it, and drop some stories from the sprint. And learn to take in less work for the next sprint. But this is not what happens. What happens is that we try to succeed anyway. And that we don’t stick to our own rules of work when doing so. So we work late (making the whole concept of velocity useless, a way I missed in my previous list of ways to do that), or we reduce quality. Or both, usually.

But here I am getting stuck on failure again. We were talking about success!

When a team is starting out with agile, they are bound to run into many issues. The short feedback cycles ensure that they’ll be confronted with all kinds of ways in which their current process is suboptimal. This is not always a nice experience and if it is not mitigated by successes in improving matters, a team can become discouraged, and let their agile experiment die off. 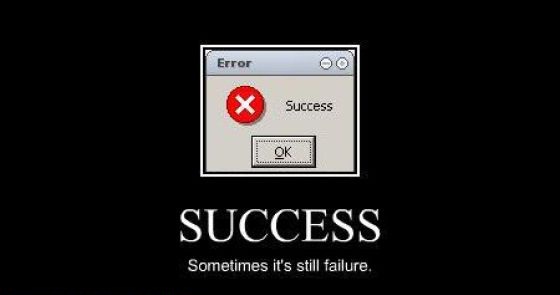 In the recent situation I was referring to, this is what happened. The team had quite a good grasp of what was wrong in their process. In fact, during our initial ‘Scrum Introduction’ workshop some clear issues came up. We always do such a workshop in the form of an extended retrospective, interlaced with some theory and games. In that retrospective part, one of the top issues that came up was that of team stability. Teams were reconfigured for every project, but people were also regularly reassigned in a running project. Some further questioning quickly unearthed frequent quality issues in both requirements and code, causing people to be needed for projects in trouble after release or in ‘user acceptance testing’.

Note: UAT is not supposed to be a process where your users are the first people to test your code!

So, knowing that the underlying issue was one of quality we started by focusing on quality. Can’t go wrong, right? But the feedback loop from the quality issues to the ‘reassignment’ issue was very long. Also, since the reassignment was to other teams, that were already in trouble, the improvements we could make had no possible influence on the stability of the team. And so, when during a planning meeting for the third sprint the third person was ’temporarily’ moved to another team, we figured out that we had set this team up to fail.

So what should we have done? ‘We’ being me as a coach, or the team involved in a - management approved - change process. We should have gone to the company management before starting any sprints (so right after that retro/workshop) and asked for their support, guaranteeing that this team would be left intact for the duration of the project. We should at the same time have advised working on the widespread quality issues.  I should add that it would have been exceedingly unlikely that that broader support would have been given, but then at least it would have saved everyone some work and more importantly, disappointment.

The lesson here is that when you find your impediments, you should make them visible to the wider environment, and make sure that you actively work to remove them in as short a time as is possible. This most definitely includes involving management, and will underline their support for the agile transition in progress. Not doing that is denying the team a chance to experience success. And that’s a great way to sabotage your change process.