I’ve been having an interesting couple of weeks. Last week I attended the Lean and Kanban Benelux conference in Antwerp, and then had a wonderful three days with Ron Jeffries and Chet Hendrickson when they came over at Qualogy to teach me and my collaeques in the ways of Agile development skills.

This week, I’m in London for the Scrum Gathering conference, meeting with lots of people I’ve so far only encountered over the twitter et al.

Since I’m still here in London, I’m going to write about this out-of-order, since the London experience is still fresh and ongoing. I’ll definitely also write about last week, though!

I arrived here on Monday evening, having taken the train from Haarlem, via Rotterdam and Brussels, to London’s St. Pancras station. 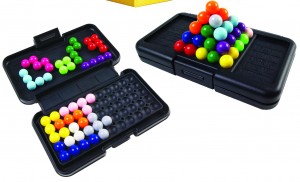 I spent most of the train ride working on a TDD exercise I’ve come up with, in which I try to test-drive to an algorithm to solve a little puzzle game my kids have. I’ve never been very good algorithmically (or any-rythmicly, really), so if I manage to create a working program that actually solves the puzzle that’s a very strong argument for TDD:-) My first try ended in a mess, so I took Ron and Chet their advice, and threw that away to start over. It’s looking better now, but I’ll post more about this if/when I end up with a working solution (or simply give up completely).

After checking into the Hotel, and getting some sleep, the next day started quite spectacularly with a keynote by Joe Justice from wikispeed who gave a talk on how he and his team used Agile methods to guide the work on creating a super fuel efficent car with a team of volunteers from all over the world. 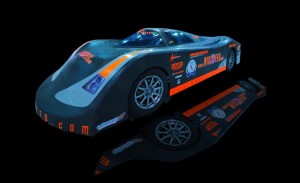 Joe’s talk touched on classical auto development methods, and how much time they take. He then pits that against the performance of his team, which created the first version of their car in only three months time! The car had a fuel consumption of less than 100mpg, while up to that point it wasn’t even certain that that would be possible.

He talked about the way the team uses familiar concepts from Scrum/Agile to create a close knit team and get things done quickly, improving all the while. They use concepts such as working test-driven, pairing, and whole-team work to keep the project running at high speed even though it is based on very-part-time volunteers, distributed over the whole world. 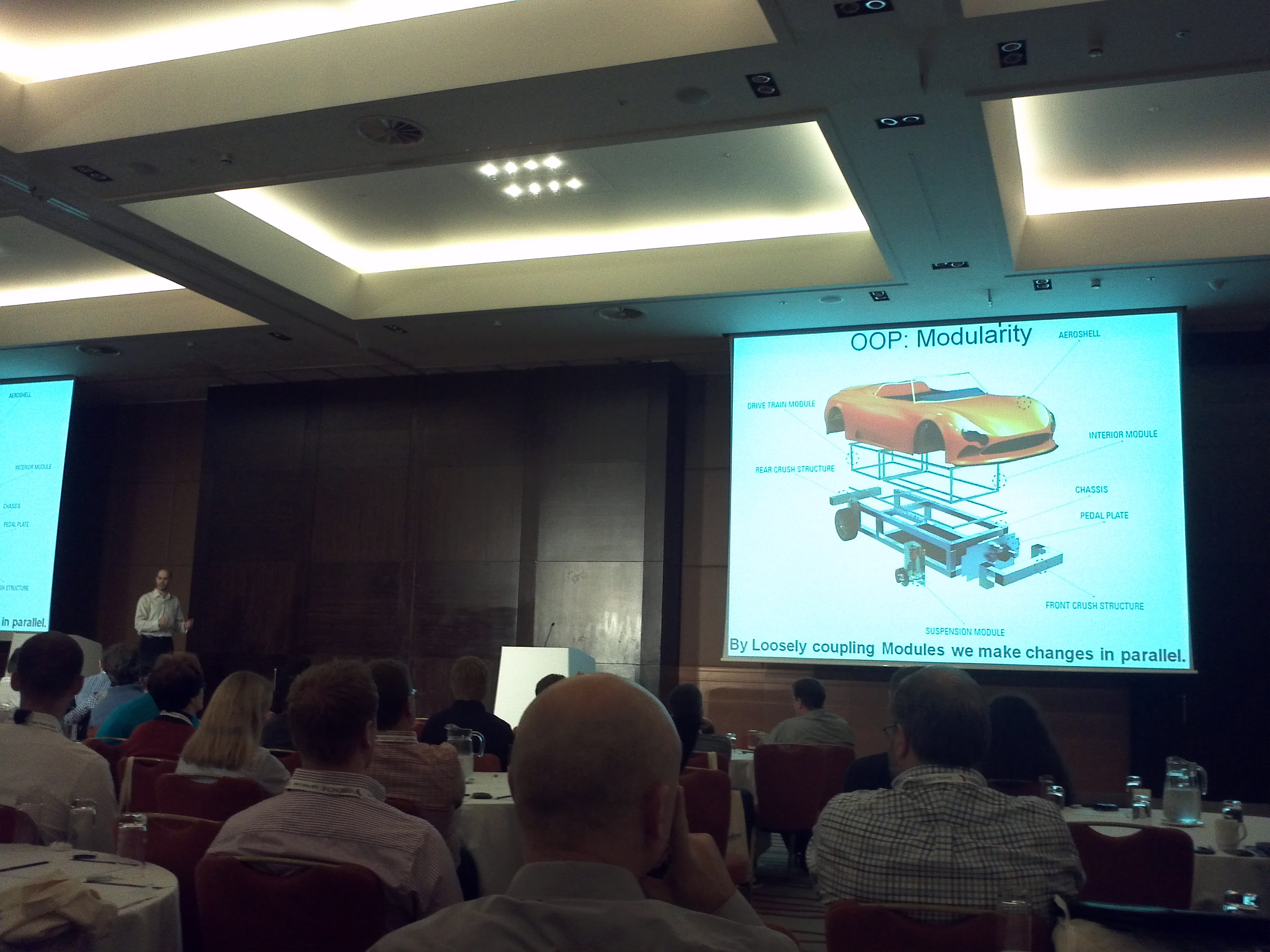 What was even more impressive to me was the use of OO like ideas in taking the modularity and decoupling of the car’s components to extremes. Unfortunately, the talks here are not being taped, but you can see Joe talking about this in this five minute video from youtube:

The keynote ended with a driven call to action for people to start projects such as the WikiSpeed car in other areas that can make the world a better place. True to character, this was accompanied by the offer to help out in setting up such efforts under the WikiSpeed name.

How To Change The World - Jurgen Appelo

Next was Jurgen Appelo, author of the book Management 3.0. His book deal with applying knowledge and concepts from complexity theory to managing software teams. It’s both interesting and entertaining, so I highly recommend it for anyone working in a management role in software development.

This talk referenced some of the ideas and models from the book, but applies them to the area of change management. Jurgen freely admits not originating these ideas, but he does combine them in a nicely integrated meta-model. Also, he annotates that meta model with a series of questions that guide in applying the model, which was the part I though most useful in this talk. His slide-set and a separate document listing those questions can be found on his website. I think most people involved in efforts to change their organisation will be helped by reading those questions, or at very least humbled by all the things that they didn’t do to effect that change… (I was) 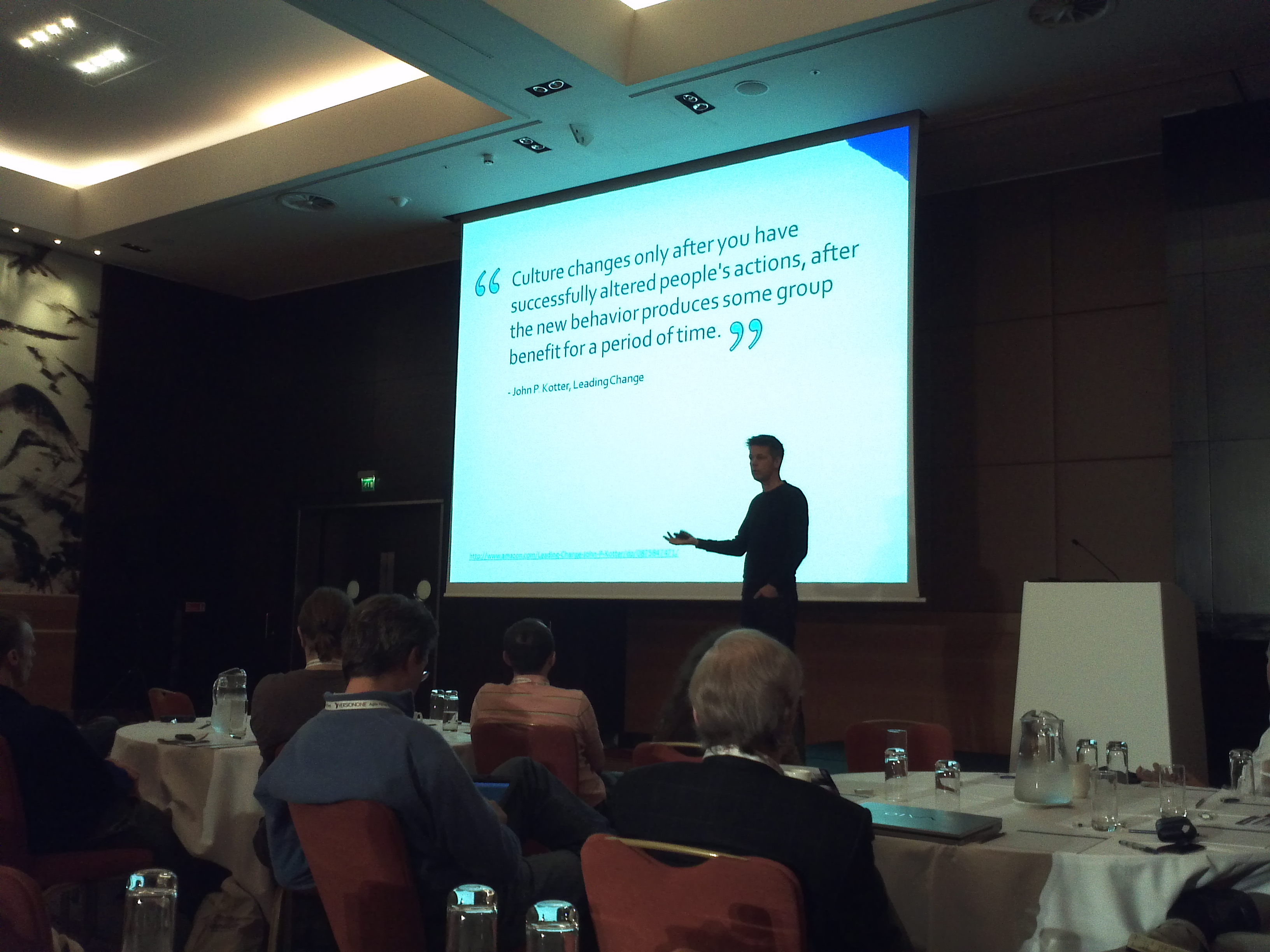 Jamie Dobson on The Rise of Corruption on Software Projects

Jamie’s talk suffered from a bit of confusion, as time and place had change a couple of time. I’ve been to his talks before, and he can usually trigger some nice discussion, framing software development issues in interesting history lessons. For instance, did you know that in early contact with Tahiti, the sailors traded a nail against sexual favours of the native women? All part of an interesting lesson in economics!

Because of the confusion, not many people turned up for the talk, but in the end there were five of us, including Jamie. We still managed to get a nice discussion going, and I must admit that it was a nice bonus to be talking with James Grenning there. As it was mostly discussion, it’s hard to give a good overview of this talk. Jamie’s posted his preparatory notes on his website, but the gist of his point was (in my interpretation) that different incentives will always mean that there’s a measure of corruption. The discussion was on whether that was something we can see in the Agile community (yes, CSM training was mentioned), and whether there are ways to avoid that (IMO: not really, and mostly the good outweighs the bad). Plenty to talk about, very enjoyable, but hard to reflect here. You should have been there:-)

Steve Denning on Mastering the Basics of Leadership Storytelling

Next for me was this workshop by Steve Denning. I read his book on Radical Management last year, and was looking forward to hearing him talk on that. But that’s day 2, where he gave a keynote on that subject.

This was about his other book, on Leadership Storytelling 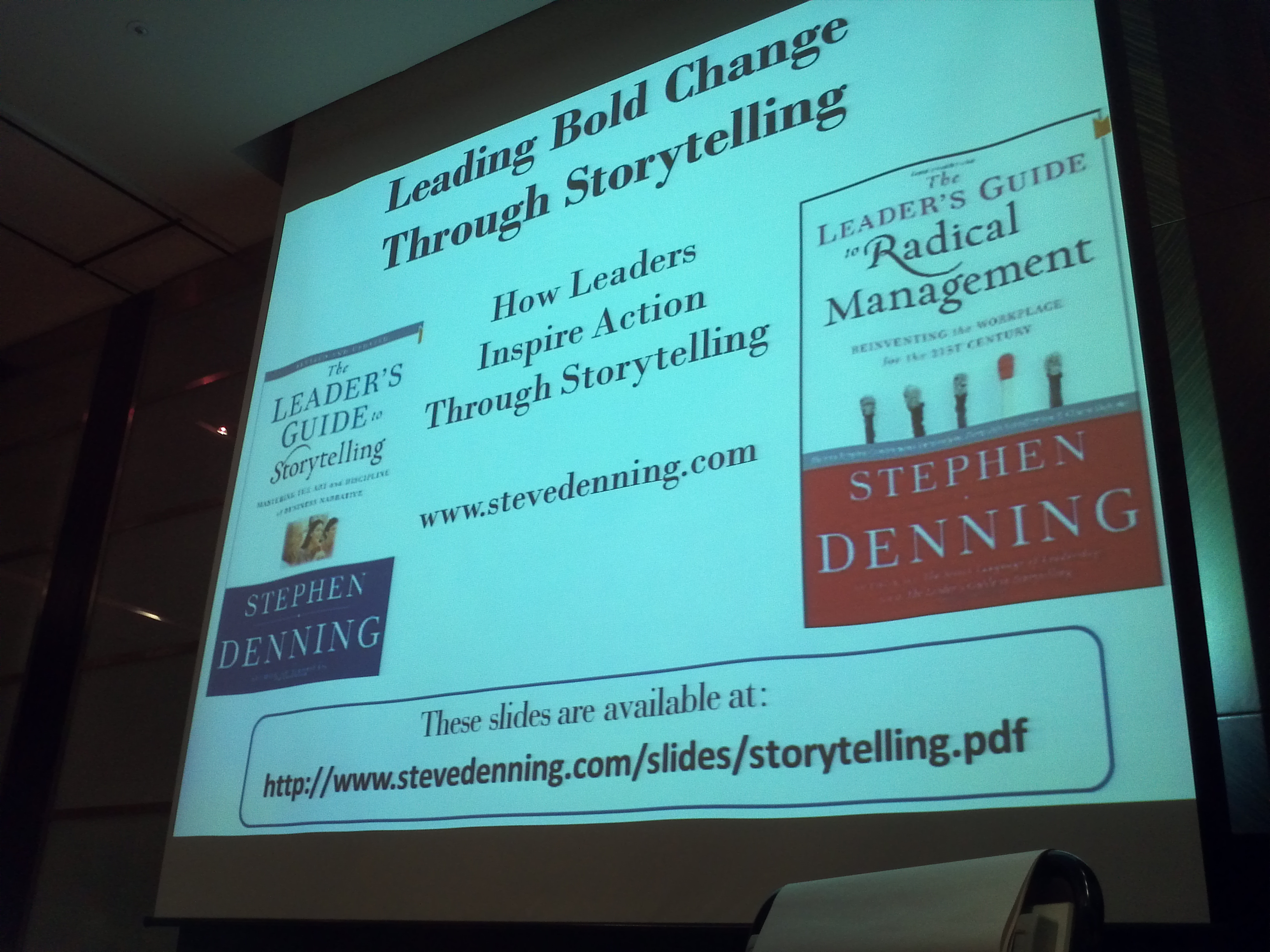 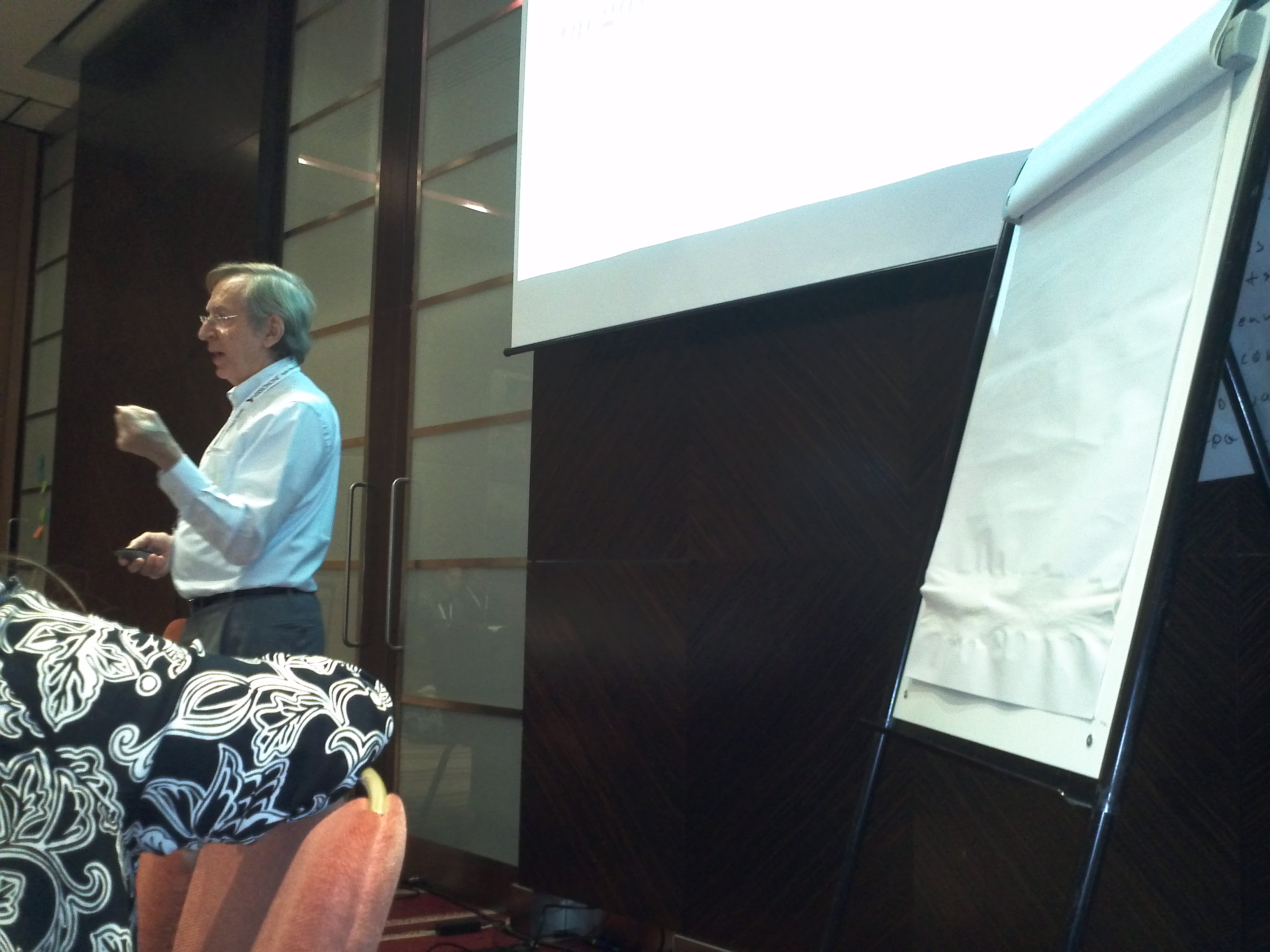 In this workshop, Steve told us how he came to appreciate the power of storytelling to get a point (or an organisational change) across, and what the best way to craft a story is. He also gave us a number of exercises to practice, for instance one where you describe the reasons someone opposed to a change has in different forms: He…, I…, You… A very powerful exercise, because to do that, you have to actually take the other’s point of view. I happened to be in the same group as Joe Justice, who I talked about above.

After the sessions, we gathered to take a ride on the Dixie Queen on the Thames, on which we also had food, drinks, and a lot of talk. All in all a great day. I’ll talk about the second day of the conference later!